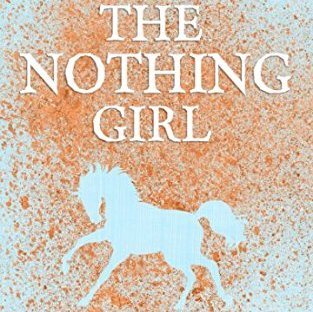 The below review is spoiler free although I am in the process of penning a more in-depth post about some of Jodi Taylor’s female characters. I would like to stress that these are my thoughts, and this is my interpretation of The Nothing Girl. I do not presume to know what the author’s intentions were but I can’t help read the novel as a Jane Eyre-inspired bildungsroman and a very modern fairy story for adults. I can also see a smattering of explicit and potential Brontë references within Taylor’s other works including the amazing Chronicles of St. Mary’s and its spin-off Time Police series. As I said, more about that in a future post. Whatever Jodi Taylor intended though, her works are unique, powerful, and brilliant, a bit like her female characters .

The Nothing Girl is beautifully written with engaging characters, a twisty-turny plot, secrets and revelations, hilarity, heartbreak, romance, and a sprinkle of magic. Oh, and a giant, invisible talking horse named Thomas. Well, I did say it was a fairy story for adults. It’s really like nothing else I’ve ever read before. The novel follows protagonist Jenny Dove, a neglected, lonely, and orphaned “nothing girl” living with her aunt and uncle in the attic of their house. At the tender age of 13, Jenny plans to end her life due to her “issues” including her stutter and alarming lack of self-confidence. Riding to her rescue is Thomas, invisible to all but Jenny, who takes care of her as she grows into womanhood, accepting but not liking, her fate as an outcast, and with the threat of being put away in an institution unless she continues to live with her relatives always hanging over her head. 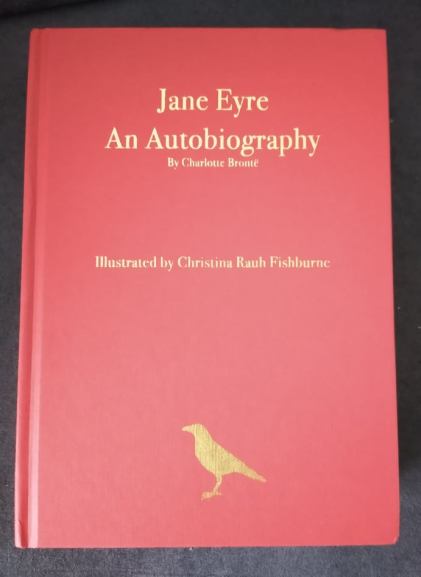 Under Thomas’s guidance, Jenny attends a party where she meets the charming and reckless artist Russell Checkland, a former flame of her spoilt and beautiful cousin, Francesca Kingdom, whose entire existence appears to consist of driving Russell wild with jealousy. It’s not a spoiler to say that a deal is struck and Jenny marries Russell, her bringing financial stability to the union through her inheritance, and Russell offering her freedom and a home of her own. After her marriage, Jenny Dove plans to be an ensnared bird no longer, and steps out into the world as Jenny Checkland. I can see echoes of Jane and Rochester in Jenny and Russell’s relationship; there is flirting, respect, cheek, humour, anger, affection, misunderstandings, and heartbreak. And their first meetings are also both due to horses (yes, really). Backed by an excellent supporting cast of loveable, charming, erratic, and sinister animal and human characters including a housekeeper, a kind of “ward”, and spoiled cousins, the reader follows Jenny’s journey into a marriage of convenience, and beyond. But will she ever become a “something girl”? There are so many ups and downs to this tale, it reads like an absolute dream. And as with every story, nothing is quite what it seems, including Jenny herself.

Like I said, The Nothing Girl reads like a dream.  It’s a beautiful, sometimes haunting, very modern fairy tale for adults. As with all Jodi Taylor books, it’s a joy and a delight, packed with humour, warmth, passion, tension, mystery, and one hell of a heroine. Because yes, that’s exactly what Jenny is. I don’t know if the echoes of Jane Eyre were intentional, but it helped to make this one extra special for me. Despite being a fairy tale, it shows that life actually isn’t, but that there can still be happy endings amongst the mess and tangled web of real life. I really can’t recommend this highly enough. It’s one of the most uplifting books I’ve ever read. I’d give it six stars out of five if I could. It deserves to be a classic.

After reading it, I’m currently listening to the wonderful Audible version narrated by Lucy Price-Lewis.

A lover of life, the Brontës, and Haworth who knows that I’m just going to write because I can’t help it.

I'm a Wwriter, blogger and writer who loves all things Brontë! My debut novel, A Tale of Two Glass Towns, will be published on 26.01.2023 by Olympia Publishers. View all posts by Brontë Babe Blog

7 thoughts on “Jodi Taylor’s The Nothing Girl: A Jane Eyre Inspired Fairy Tale for Adults?”

I'm a writer, blogger and editor who loves all things Brontë! Debut novel, A Tale of Two Glass Towns, coming 26.01.2023 from Olympia Publishers.

Reading is my favourite occupation, when I have leisure for it and books to read' - Anne Brontë

A lovingly sarcastic journey through all of Sweet Valley High, for grown folks

This blog is a selection of interesting things I've come across during my history research. I have a wide interest in history ranging from Wars of the Roses, country houses, Stuarts, Georgians, Louis XIV, Napoleon and criminals. So expect to see a bit of everything on here, with a focus on little known stories.

These are a few of my favourite things. 🥰