Despite our love of and fascination with the Brontës, there are still many gaps in the story of the world’s most famous literary sisters. In our quest to better know the lives, hearts, and minds of those who penned literary classics such as Jane Eyre, Wuthering Heights, and The Tenant of Wildfell Hall, Brontëites have attempted to find out every detail about the sisters’ lives from their parentage, their so-called wayward brother, their correspondence, the testimonies of those who knew them, and also from examinations of the period in history they were a product of. However, our fascination with the sisters doesn’t begin and end with them, and as mentioned above, the stories of rest of the Brontës (and Branwells) are coming to light, not only for what they can potentially teach us about the lives and influences of Charlotte, Emily, and Anne, but because the stories of these key but neglected figures is just as fascinating as those of the sisters. 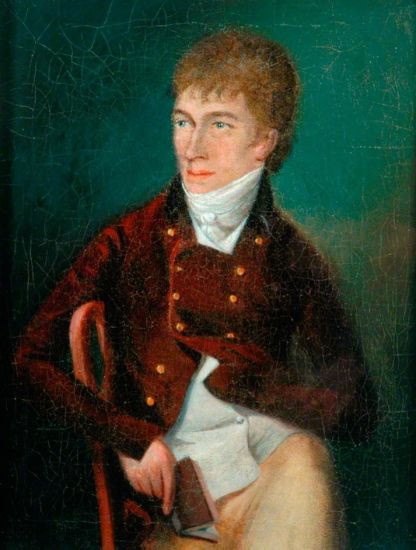 Over the course of a few decades, the myths and fabrications regarding their father, Patrick, have been corrected and we have a much more accurate picture of Patrick the man, the husband, and the father. Similarly, in recent years, the legacy of the sole Brontë brother, Branwell, has been reassessed, with his own talent as well as his creative influence on and collaboration with his sisters coming to the foreground. Last year, the sisters’ maternal aunt, Elizabeth Branwell was the focus of Nick Holland’s excellent book, Aunt Branwell and the Brontë Legacy. Click here to read my review of the text.  However, one figure remains in the shadows, and that is Maria Brontë née Branwell, the mother of the Brontës. Common knowledge among Brontëites is that Penzance native, Maria, after moving to Yorkshire to help out her aunt and uncle run a school, fell in love with Irish Patrick, married after a whirlwind romance, had six children with him before tragically dying on 15th September 1821 aged just 38 from an illness widely thought to have been cancer. These, however, are the bare facts of her existence, and despite her famous children, Maria’s life has remained in the shadows. In her new biography, The Mother of the Brontës, Sharon Wright attempts to piece together a more comprehensive history of Maria and bring her out into the light for the first time. Is she successful? I’ve outlined my thoughts below and I would like to thank Sharon Wright and also Pen and Sword Books for providing me with a copy of the book to review.

The biography begins with a heavy focus on Maria’s Cornish heritage and what is basically a history of Penzance, fleshing out the culture she lived in and the history of the area, from the influence of the Methodist movement, to the sources of income for families, to laws, customs, and even smuggling. This information is valuable and fascinating to anyone unfamiliar with the history of Penzance and Maria’s origins, and those seeking to learn more about the early life of the mother of the Brontës. Unfortunately, the beginning of the book covers much of the same ground as that detailed in Holland’s book about Maria’s sister, Elizabeth. This is understandable and unavoidable as the sisters’ lives were obviously closely intertwined, however, there was a sense of déjà vu as I read the opening of Wright’s book.

Cover of The Mother of the Brontës, designed by Jon Wilkinson

Drawing of Patrick and Maria by Eleanor Houghton

The book also has a heavy focus on the life of Maria’s future husband, Patrick, as he made his way to England, Cambridge University, the clergy, and towards Maria. Yes, there have been texts written about Patrick in recent years, but I really enjoyed Wright’s focus on them as a romantic couple who married for love. My absolute favourite thing about Wright’s book though is how she demonstrates how Patrick and Maria were on a collision course and destined to meet. I won’t say anything else because of spoilers, but there are things I either didn’t know or had overlooked regarding their circle of family, friends, and their religious community that had a huge impact on their initial meeting. Above right is a beautiful illustration of Patrick and Maria’s wedding day by Eleanor Houghton from the book. Where can I get one to hang on my wall?!

The early lives of the Brontë siblings are documented in the Thornton and Haworth parsonages, the former of which is referred to as Glebe House in the book. I know that was the original name of the Haworth parsonage, but I’ve never heard the one at Thornton called this before. However, we know the story of the early life of the Brontës and consequently there is little space for it here. Wright makes clear that Maria was in fact more than the mother of the Brontës; she was also a daughter, a sister, a niece, a wife, a friend, something of a charming society belle, and a writer. I enjoyed the fact that Wright devotes a lot of space to Maria’s own words and the letters and tract she wrote as she attempts to piece together the life, heart, and mind of the mother of the Brontës. It was also a nice touch to add these letters and the tract as an appendix. Sure, you could probably scrabble around on the internet to find them and assemble them, but it’s nice to have them in one place. It’s actually the first time I’ve ever read the entirety of Maria’s tract, The Advantages of Poverty in Religious Concerns, and it certainly makes for interesting reading. Patrick has long been thought to have been the influence on the Brontës’ desire to write due to the unusual freedom he gave them to read and write and his own attempts at penning literature. However, as Wright points out, Maria’s genes cannot be ignored. Although Wright ponders whether Maria wrote more than this, she doesn’t fall into the trap of speculating what we will probably never know for certain. One of the strong points of this biography is that it aims to ask questions and provide possibilities rather than mere speculation in the story of Maria’s life and death.

The biography concludes with Maria’s tragic passing, her funeral, and burial, which is, of course, the end of her story. And indeed, it has been for almost two centuries now. However, by penning Maria’s biography, Wright has revived and revised Maria’s story, not only for a new generation to marvel at this brilliant, kind, charming woman, but in order for it to continue in the shape of her legacy, a legacy that will hopefully feature more prominently in the story of the Brontës. And now I’ll just wait for a book about the history and legacy of the Brontë juvenilia becuase if there are key neglected historical figures in the Brontë story, there are also key neglected fictional ones (Zamorna, Charles, Elizabeth Hastings) that deserve the spotlight.

Reader, if you pick this one up, I’m certain you’ll enjoy it. What are you waiting for? The Mother of the Brontës is available now.

In Loving Memory of Bob the Bichon.

A lover of life, the Brontës, and Haworth who knows that I’m just going to write because I can’t help it 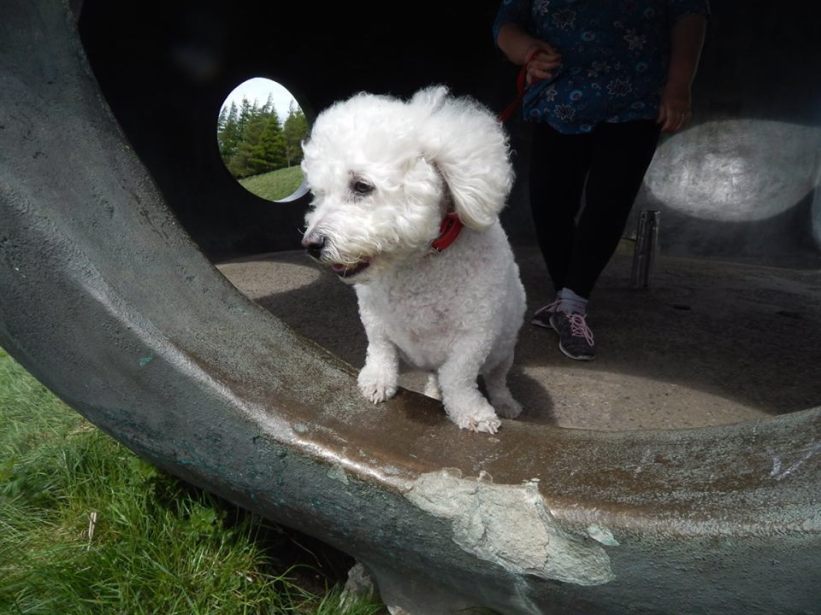 Discovering the Kings and Queens of Classic Crime Fiction