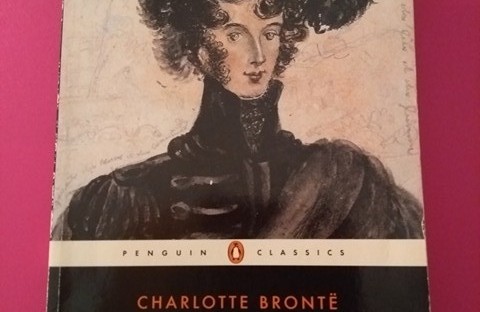 Stancliffe’s Hotel is a novelette by Charlotte Brontë. Never heard of it? You’re not alone; the text is an example of one of Brontë’s early works, or juvenilia, and despite being written in 1838, it was not published until 2003. Although the text is set in Brontë’s childhood fantasy world of Angria, this is not the work of a child author. Brontë wrote Stancliffe’s Hotel at the age of 22, when she already had over a decade of writing experience, and her characters had become like old friends. The text is one of Brontë’s final additions to her Angrian saga, and the following year, she attempted to leave this world behind for good when she composed the fragment now referred to as “Farewell to Angria.” 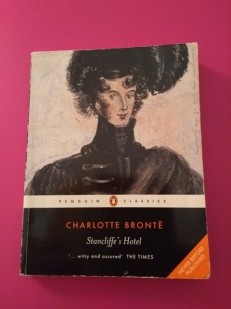 From the beginning, Brontë was an experimental writer, and her earliest works have a sense of playfulness, referencing everything from Ben Jonson to Gothic Romance to the Arabian Nights tales. However, Stancliffe’s Hotel is more complex in style than many of her previous narratives, possibly due to her growing confidence as an adult writer and her familiarity with her childhood creations, characters who developed on the page as their author developed off it.

The central figure of the text is Brontë’s preferred persona, Charles Townshend. By this late point in the saga, Charles has evolved from the spoiled and spiteful child writer, Lord Charles Wellesley, into the fashionable dandy about town, Charles Townshend. The novel consists of a series of sketches or vignettes in which Townshend wanders about the city of Zamorna in search of occupation, amusement, and possibly identity. Much of the narrative is focused on Townshend as arrives at the eponymous hotel, wanders aimlessly, meets his old friend, Sir William Percy, and comically attempts to woo society beauty Jane Moore. There really isn’t much more to the story than that, other than the brief return of Zamorna, the King of Angria and Townshend’s brother to the city during a period of political unrest, however, the novelette is a humorous and sometimes satirical piece, which is full of ridiculous characters to laugh at. It can, however, prove to be a tricky little tale, and the context of Brontë’s other Angrian narratives certainly helps to make sense of things and to understand the intricacies of the work, and its characters’ connections with one another.

Ultimately though, it is an amusing romp which provides an insight into Brontë’s youthful and uncensored imagination (this was never considered for publication by her), and despite being a nineteenth century text, with its fleeting views of characters, places, and events, it feels surprisingly modern and experimental. Townshend’s prototype may be the dandies of British eighteenth century literature, however, he can also be considered a flâneur meaning one who wanders, observing society. Indeed, the novelette itself can be considered a flâneur narrative, and for me personally, it is difficult not to think of texts such as Virginia Woolf’s Mrs Dalloway (1925), a novel seemingly without plot and whose characters wander aimlessly through life, when reading Stancliffe’s Hotel.

Thanks for reading. Find me on twitter @BronteBabeBlog where I tweet about books, the Brontës, and animal rights, or on my Brontë Babe Blog Facebook page. Look me up on Goodreads too.

I’d also love it if you stopped by The Journal of Juvenilia Studies where you can read my essay, “Autobiography, Wish-Fulfilment, and Juvenilia. The ‘Fractured Self’ in Charlotte Brontë’s Paracosmic Counterworld”.

Got a question or a request? Email me on brontebabe@outlook.com or find me on Twitter under @BronteBabeBlog. I also have a Facebook page where everyone is welcome - www.facebook.com/BronteBabeBlog.

Reviewing the Bravest and Boldest Literature

Re-Reading the Sweet Life of Jessica and Elizabeth Wakefield

A very abnormal life of a 17 year old!

Listen as much as you like to audiobooks you love!

Yarn, Yorkshire and All Manner of Wonderful Things!